In these lessons, students will examine the key characters in Romeo and Juliet and their dramatic functions. Tasks include: examining these two households 'both alike in dignity' and their social standings; exploring an audience's first impressions of Romeo; and how actresses have approached playing the role of Juliet.

Can I explain how status is shown on stage?

Can I infer from the first scene of the play insights about life and society in Verona?

Can I establish the status of the characters in Romeo and Juliet in relation to each other?

Begin by asking students what status means to them and derive from students a working definition of the word ‘status’. Surround the word with some synonyms and other connected words, e.g. power, rank, position, hierarchy, chain of command. The template for this task can be found in the Student Booklet. Allocate different contexts to students, and ask them to draw a diagram to show the different roles people play within that context and their status in relation to each other. Contexts could include: a school; a hospital; a family; a chain of shops; an army; a football team; a state; a film studio; a fashion house. What matters is to choose contexts that will be interesting and meaningful to the class.

Fiona Banks describes a selection of status games in Creative Shakespeare. This game, involving a pack of playing cards, will support students’ understanding of rank and status in the play. It is also effective way of leading into discussions about status within the state of Verona and within individual families.

Explain that high numbers from the pack of cards denote high status, whereas a low number such as an ace denotes low status. Students will be given a playing card and should hold it to their head without looking at it. They will walk around the room for a few minutes and see how other students react to them. Finally, students should line up according to what they think their status is and then altogether check to see the number on their card. Draw out in the ensuing discussion how status can be shown on stage and say that as well as being about someone’s title, appearance, how they speak, behave, etc. it is also shown by how others react to and behave around them.

Students should turn to their Dramatis Personae page in the Student Booklet. Ask students to create a diagram to illustrate the status/social class of the various characters. Show how the two feuding families have equal status, being ‘both alike in dignity’. Referring back to the previous learning sequence, draw students’ attention to the numerous servants and other characters of lower rank in the play. Look together at how in Act 1 Scene 1 Shakespeare shows us that the conflict between the two households goes on between every social class.

In Romeo and Juliet, Shakespeare depicts characters from different social classes including many servants. Several of these servants have names and/or developed characters. Assign to different groups of students the following characters, and ask them to prepare brief presentations about them: 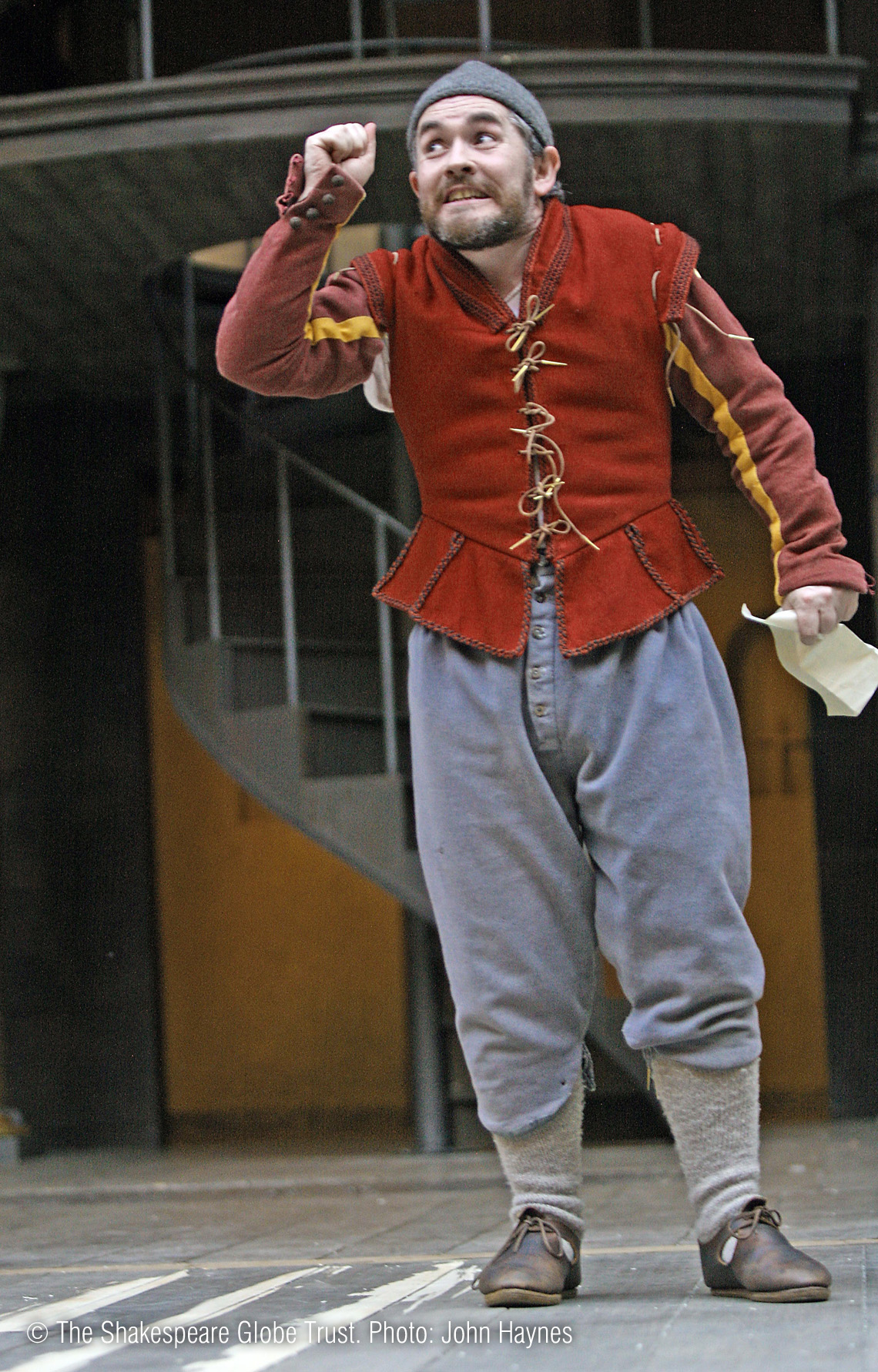 Students can make notes on the relevant page in the Student Booklet, and then present their findings to the class.

What different kinds of power do characters have over each other in Romeo and Juliet?

How could this be shown on stage?

What are the effects of presenting such a wide range of characters from across the social spectrum?

Students fill in a simple grid with four boxes: movement and body language; music; voice; costume. This can be found in the Student Booklet. 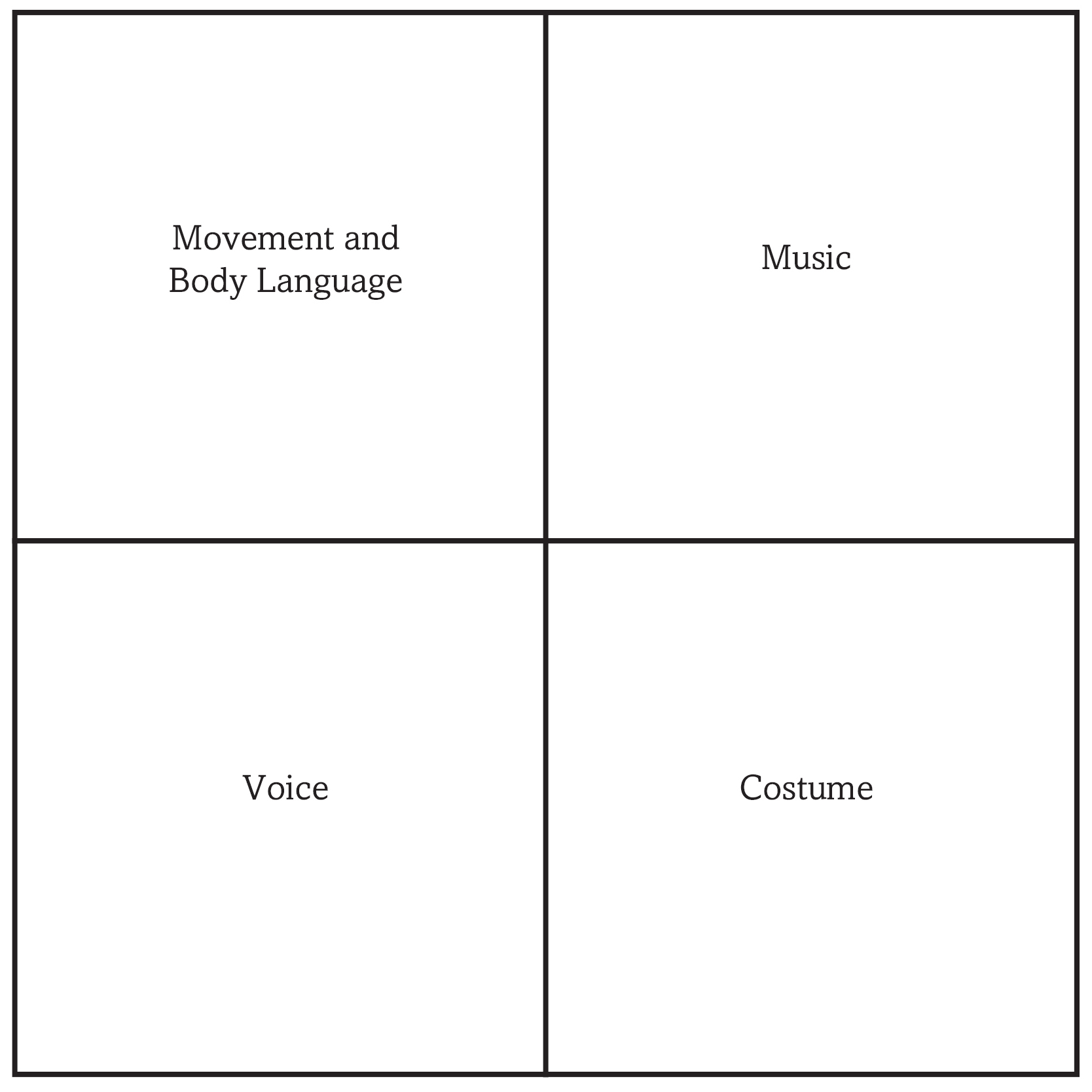 Students choose a character at a particular point in the play and think about how a character’s status could be shown using these elements of stagecraft, making notes in the boxes. Choose a few students to feedback.

The presentation task for Activity 3 could be assessed for speaking and listening/reading.

Can I investigate what we learn about Capulet and Montague, and about the feud between their families as the play moves on?

Can I comment on how Prince Escalus deals with the feud between the two families?

The warrior carries a shield which s/he holds in his/her left hand, protecting the heart. The warrior’s hand is raised straight up, vertically at his/her side with fingers pointed upwards, representing a sword.

The carer walks around the room and when s/he meets another person flings open his/her arms in a wide gesture. Arms should be stretched as wide as possible, resembling the upper part of a cross.

The trickster walks around the room, and when they see another person they turn or spin round to the left, look at the other person and click their fingers.

The poses which represent each archetype can be found in the downloable Lesson Plans at the bottom of this page. Devise a mime to accompany each archetype. Encourage students to remember and use these archetypes as they analyse the characters in the play.

Students should read the following short passage from Act 1 Scene 1 lines 73-78 in groups of four. The extract can be found in the Student Booklet.

Enter old Capulet in his gown, and his Wife.

[Enter old Montague and his Wife.]

MONTAGUE:   Thou villain, Capulet! Hold me not, let me go.

MONTAGUE'S WIFE:   Thou shalt not stir one foot to seek a foe.

Students can experiment with different ways to perform these lines, perhaps using the archetypes as described in the Prologue to this learning sequence. How would the different ways of performing these lines affect the audience’s first impressions of these four characters, of the nature of the longstanding feud between them, and of the overall mood at the start of the play?

Explain to students that they are going to be discussing how Capulet might be played in a production of Romeo and Juliet. Students should work in groups and choose two scenes to focus on which show different aspects of Capulet’s character. They should compare and contrast Capulet's character in the two scenes. Scenes to select from include: 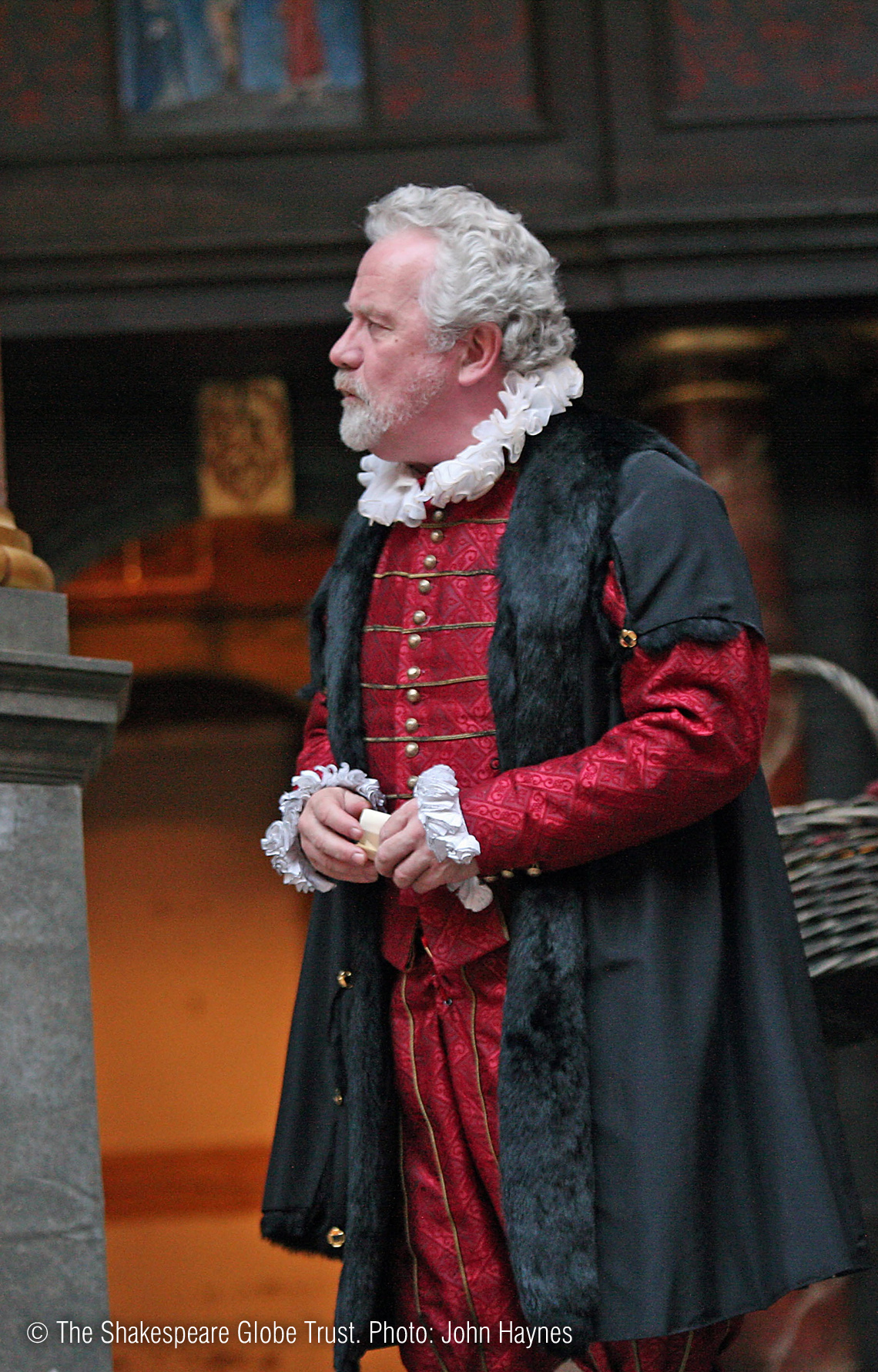 How effective is Prince Escalus in putting a stop to the hatred and violence that exists between the Montagues and Capulets? Read Escalus’ speech in Act 1 Scene 1 (available in the Student Booklet), and examine the prince’s language and intentions, making annotations on the text. Ask students to repeat this activity for his speeches in Act 3 Scene 1 and Act 5 Scene 3. Students could form an inquiry to see whether there is anything more he could or should have done to keep the peace.

To what extent are the Capulets and Montagues victims of the feud?

To what extent do their actions perpetuate and worsen a hostile state of affairs?

Is Prince Escalus strong or weak in the way he deals with the feud?

How would I portray these characters if I were staging the play?

Students should choose one of the following characters, all of whom give instructions and advice during the play: Lord Montague, Lady Montague, Lord Capulet, Lady Capulet, and Prince Escalus. What advice would students give them in their role as head of a principality/head of household/leader/parent? Share ideas among the class.

The plenary activity could be developed into a creative writing task, perhaps in the form of an agony aunt letter and reply. There are more activities about Romeo and Juliet’s parents within the Key Stage 4 materials under Themes.

Can I describe Romeo’s character and explain what motivates him?

Can I analyse some of the language he uses to support my views?